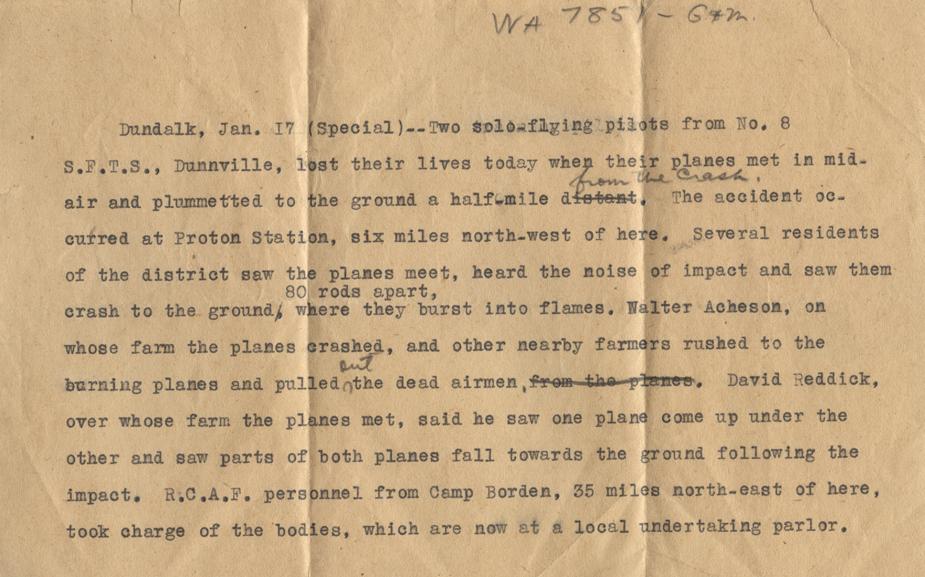 Dundalk, Jan 17 (Special) – Two solo-flying pilots from No.8 S.F.T.S., Dunnville, lost their lives today when their planes met in mid-air and plummeted to the ground a half-mile distant from the crash. The accident occurred at Proton Station, six miles north-west of here. Several residents of the district saw the planes meet, heard the noise of the impact and saw them crash to the ground 80 rods apart, where they burst into flames. Walter Acheson, on whose farm the planes crashed, and other nearby farmers rushed to the burning planes and pulled out the dear airmen from the planes. David Heddick, over whose farm the planes met, said he saw one place dome up under the other and saw parts of both planes fall towards the ground following the impact. R.C.A.F. personnel from Camp Borden, 35 miles north-east of here, took charge of the bodies, which are now at a local undertaking parlor.